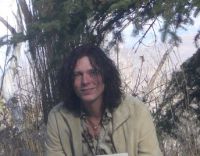 Other places to find me:

Find Other Singles In
Utah! Seeking Bohemian Chameleon About me: I am passionate about the things that add quality to life, be it growing heirloom tomatoes in my garden, traveling to see the world, fighting for justice and equality, or playing a killer game of Scrabble. I'm a bit of a snob, I'll admit it, but only in a good way. I'm also a rebel, a hippie, a fervent romantic, and a bit of a boy scout. I'm 46, but I've been blessed with good genes so I don't look it -or act like it. I'm an underachiever trying to make up for lost time. I volunteer, recycle, write my congressman, and tidy the kitchen before going to bed. I drive aggressively at times, have water spots on my bathroom tile, and procrastinate, but then again I'm a very conscientious dishwasher stacker. I love luxury, and in fact work in the industry, but I'm quite down to earth. I fancy myself as a bit of an adventurer. I want to discover the secret enclaves of the world known only to the locals. I'd rather go on a photo safari than on a Disney cruise, any day.

About the character I'd like to meet: I'm looking for a good soul who's a bit of a chameleon. A bohemian who equally enjoys a tony cocktail party as much as a raucous night at a dive bar, or likes roughing it in the mountains as much as being pampered at a five-star resort. I'm looking for a poet revolutionary, an idealistic aristocrat, or an office drone by day/super-hero by night. I dig longhaired guys and/or the odd tattoo or piercing. And smart guys really get me going. I'm turned off by anyone who uses the word "fierce" on a regular basis or thinks Lady Gaga is the epitome of high culture. I won't date Republicans. Full stop. Hard drugs are a no go, and although I don't think pot is much different from alcohol, I'm not interested in a pot head, (or a heavy drinker/alcoholic, for that matter). If you bring me good dark chocolate, read Keats to me, or take me to a blues festival, you've got me.

About Me  (My Interests / Hobbies / Groups)

About My Match  (What I'm looking for)

No preferences defined yet!

No Favorite Websites added yet.

No Favorites / Friends Added Yet

No Favorite Books added yet.

No Favorite video games added yet.

If you see spam, fake information, nonsense information, offensive information or an empty profile, please click the button below and enter your reason for reporting this profile. It will be reviewed promptly.
Note: Reporting Tool Only Visible To Logged In Members

FIND Other Singles In
Utah